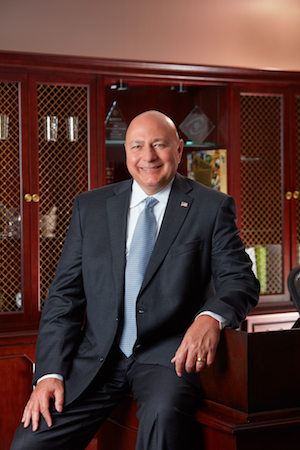 Rick’s aspiration as a child was to own the corner pharmacy. This affinity for a highly personal touch in pharmaceutical services has guided him for the last 30 years. After college, Rick managed a Walgreens retail pharmacy and the Long-Term Care Division of Griffith Drug Company. His experience led him to co-found and serve for nine years as Vice-President of Operations and three years as CEO of Care Pharmaceutical Services. The company attracted the attention of national investors and was sold during Rick’s tenure. He continued his leadership role for an additional seven years. His entrepreneurial spirit caused him to consider a new kind of pharmaceutical services model, but it was a sense of purpose, a passion for customer service and a belief in highly automated systems that led Rick to found In Touch Pharmaceuticals in 2004.

Rick started the company with not one customer. Since the company’s founding, In Touch Pharmaceuticals has experienced exponential, systematic growth to include 27 staff pharmacists and over 156 employees. The company has developed industry-leading pharmaceutical services solutions that mirror Rick’s initial vision for highly personalized, automated systems that reduce error and waste and increase profitability for its many customers.

Rick earned his BS from the Purdue University College of Pharmacy where he continues to be actively engaged.