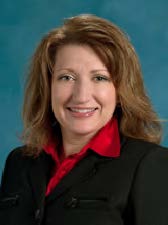 Elaine Sorg joined AbbVie in 2012 as the vice president of U.S. Immunology, where she was responsible for Humira®, AbbVie’s flagship brand.  Her responsibilities were expanded in 2016 to include AbbVie’s U.S. Oncology business, and again in 2019 to the role of President, U.S. Immunology and Patient Services.  She leads a combined organization of more than 2,000 employees and contractors.  Humira has achieved record-breaking performance under Elaine’s leadership, with five consecutive years of sales growth in excess of $1 billion, of which three years were in excess of $2 billion in growth. The product has become the best-selling prescription medicine in the U.S., with 2018 U.S. net sales exceeding $13 billion.  Venclexta® net sales performance significantly accelerated under Ms. Sorg’s leadership, driven by successful Relapsed Refractory CLL and AML launches, and new levels of patient starts.  Skyrizi®, which launched in April, 2019 for the treatment of moderate to severe plaque psoriasis has exceeded expectations, being rated as the best launch in the US Dermatology market, as well as the best pharmaceutical launch in the US bio-pharmaceutical market by several analysts including Steve Scala of SG Cowen.  Rinvoq® is in the early stages of launch for the treatment of moderate to severe rheumatoid arthritis. Likewise, the Patient Services organization, with the flagship HUMIRA Complete® program, is recognized as the best in the pharmaceutical industry by several external parties, including Raymond James, as well as in testimony delivered to Congress by Dr. Mark Fendrick (University of Michigan).

Ms. Sorg has more than 29 years of experience leading complex businesses in the biopharmaceutical industry across multiple therapeutic areas including:  Immunology, Cardiovascular, Neuroscience, Diabetes, Infectious Disease, Women’s Health, and Oncology.  In the course of that leadership Ms. Sorg has accumulated an impressive list of launches including 13 new products, significant product line extensions, and additional indications for HUMIRA including Ulcerative Colitis, Pediatric Crohn’s Disease, Hidradenitis Suppurativa and Uveitis, as well as HUMIRA Citrate Free in the US market.

Prior to joining AbbVie, she enjoyed a 23-year career in senior management with Eli Lilly & Co., where she led numerous teams across the pharmaceutical value chain.  She is an exceptional leader, with a proven ability to unite diverse stakeholders around a common vision to achieve peak performance.   Her leadership is best represented by her team’s ability to deliver innovative solutions that create and maximize value for patients, as well as her legacy of developing next-generation leaders at all levels.  Elaine was honored with the Most Powerful and Influential Woman in Illinois Award from the Illinois Diversity Council in April, 2014.  She was also recognized as one of the Top 50 Influencers in Health Care by MM&M in 2016.  In 2017, she was honored with the AbbVie New Pharma Leader award.

Elaine is passionate about the wellbeing of the patient and regards them as the North Star in all she does.  She served as the Employee Giving Campaign Chair and Co-Chairperson for Abbvie in 2016 and 2015, respectively, and as the Eli Lilly’s Corporate United Way Chairman from 2000-2001.  She has also held board appointments with several charitable organizations over the past decade.  In 2019 Elaine was appointed to the BIO Board as AbbVie’s representative.  She served as a member of the IBM Watson Health Advisory Board from 2015-2017.

Elaine graduated from Purdue University School of Pharmacy and Pharmaceutical Sciences, and holds certificates from Harvard Business School and The University of Chicago Booth School of Management.