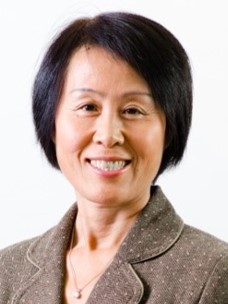 May Wang received her BS from Shandong University in China and her PhD in Biochemistry under the mentorship of Professor Bob Geahlen from Purdue University. After postdoctoral training at IU Medical School, May joined Eli Lilly in 1995 as a research scientist and advanced within her 15-year tenure as Sr. Research Scientist, Principal Research Scientist, Advisor, Sr. Advisor, Director, and eventually the Head of Biology Research in Asia.

In 2010, May joined Hutchison MediPharma (HMP), a China-based biotech company, as a vice president. At HMP she was credited with the formulation of translational science strategy and platforms to guide and support clinical development of several drug candidates. She also assumed responsibilities for securing external funding and strategic collaborations. In her first three years at HMP, she initiated and completed three deals with well-known pharmaceutical companies including AstraZeneca, Eli Lilly, and Nestle Health Institute. Currently, she serves as a Sr. Vice President and the Head of Business Development and Strategic Alliances for both HMP and its parent company, Chi-Med, a NASDAQ listed biotech company.

As a scientist, May co-authored more than fifty peer-reviewed articles and invited reviews. As a drug hunter, she had numerous patents and was a co-inventor for the first-in-class blockbuster drug INCIVEK™ for treatment of hepatitis C virus infection. Furthermore, the agreement she led to complete with AstraZeneca was viewed as the ground-breaking out-licensing deal in China, recognized by the Elsevier/BayHelix Award (2012 China Alliance of the Year) and Scrip Award (2012 Licensing Deal of the Year) shortlist. As of today, HMP ranks as #1 among the biotech companies in China in both the numbers of collaboration and the total transaction fees involved.