The annual College of Pharmacy Graduate Student Awards Symposium will be held on November 8, 2016, in the Purdue Memorial Union North Ballroom.

The Kienly Awards have been endowed since 1976 by gifts from Dr. Albert V. Kienly, Jr., as well as by an anonymous faculty gift in memory of Dr. Kienly's father and mother. Dr. Kienly, Jr., who passed away in November of 2002, graduated from the Purdue University School of Pharmacy in 1940, and his father graduated from the School in 1901. The 2016 recipients of the Albert and Anna Kienly Awards for Outstanding Teaching by a Graduate Student are: 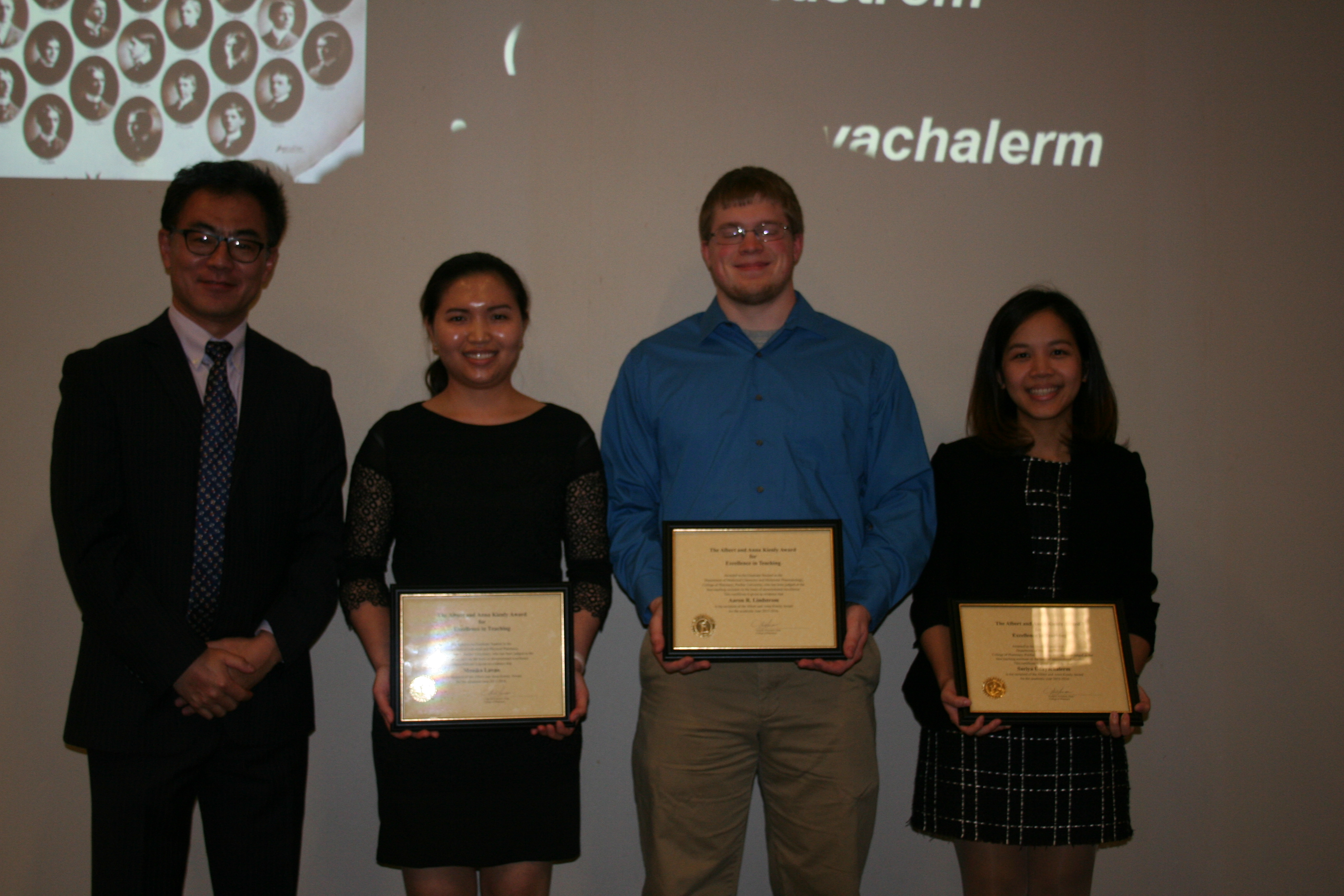 The Jenkins-Knevel Awards are supported by Dr. Serena Ford, daughter of Dr. Glenn L. Jenkins, Dean of the School of Pharmacy from 1941 to 1966, and other donors. They are given in honor of Dr. Jenkins and Dr. Adelbert M. Knevel (PhD 1957), professor emeritus and former Associate Dean for Graduate Studies and Research from 1969-1987. Dr. Knevel passed away in December of 2006. The 2016 recipients of the Jenkins-Knevel Awards for Excellence in Research are: 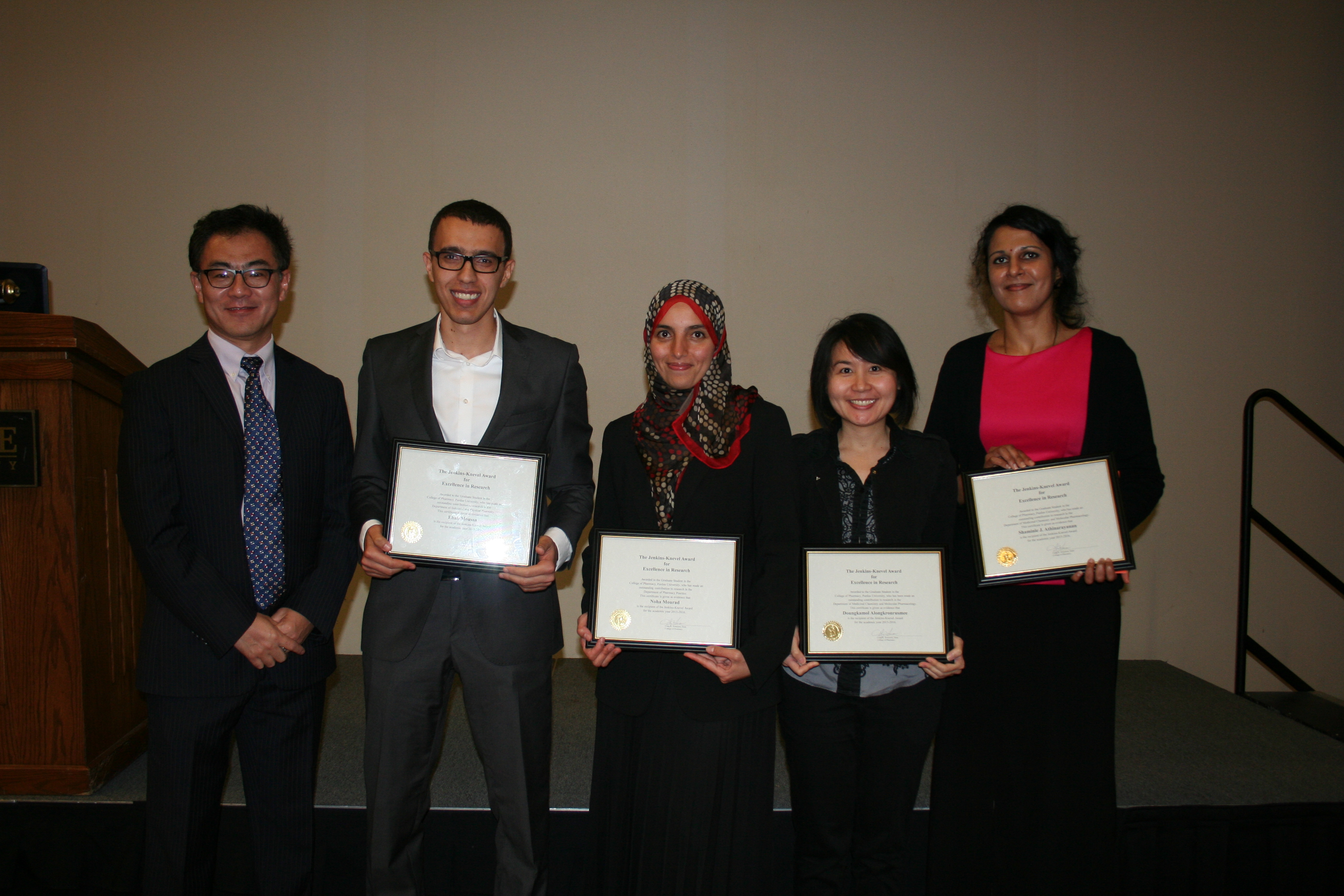