Skip to main content
Dolores Shockley: In Her Own Words 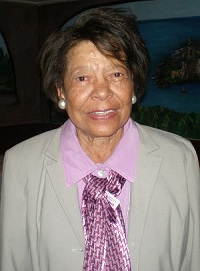 Dolores Shockley: In Her Own Words

In 1955, Dolores Shockley became the first African American woman to earn a doctorate from the School of Pharmacy and Pharmaceutical Sciences at Purdue University. She was also the first African American woman to receive a doctorate in pharmacology in the United States. She is the retired Head of Pharmacology at Meharry Medical College in Nashville, Tennessee. She once commented that she never set out to be a first, but that she always liked science. Her determination led her down the road to success, but it wasn’t always an easy path.

The following interview was conducted during the summer of 2009.

You received your MS in 1953 and PhD in 1955 at Purdue. What were some challenges you faced as a pharmacy graduate student?

I encountered both social and academic challenges. I had a few racist professors whom I tuned out because I was committed to and passionate about my education. I was not going to be deterred nor be a disappointment to myself, my family, and my undergraduate university (Xavier, LA) where I had graduated number one in my class.

The community was something that I could not control. I grew up in Mississippi, an infamous state known for the Emmitt Till debacle and the civil rights martyrs who were killed by the Klan. In Mississippi, as most Southern states, discrimination and segregation were overt. There were signs in bold letters—WHITE and COLORED. In West Lafayette, discrimination was covert and insidious. There were no signs—just a refusal to serve you or to rent you a room. This was extremely hurtful because you never knew when you would be rejected or refused. I went to my room and cried several times. But my zealous commitment to succeed propelled me to work harder to overcome my lack of prior experience.

What examples of discrimination were prevalent at the University and in the community during your time as a student? What were your living arrangements?

At the time that I attended Purdue, there was discrimination at the University and even more so, in the community. I was a teaching assistant while working on my M.S. degree. My major professor had this ingenious plan to put me out of sight by assigning me to assist Dr. John Christian with revising his chemistry textbook. When Dean Glenn Jenkins discovered this, he immediately ordered that I be assigned to the undergrad labs with other pharmacology graduate students. Black male students could not get haircuts at the Student Union. A group of black students (including me) petitioned President Hovde to remove this restriction, which he did. Dissatisfied with the racial conditions in the community, I joined a "Panel of Americans" group which consisted of a WASP (white Anglo-Saxon Protestant), a Catholic, a Jew, an Asian American, and a black student. This group visited churches and organizations in West Lafayette to tell them about ourselves and answer questions. The purpose was to let them know that we, too, were Americans. I believe or hope that that we dispelled in some the fallacy of racial, ethnic and religious inferiority.

I lived in one of the Women's Quadrangle Residences my first two years. There was a section of one hall reserved for women graduate students. For me, this was a period of exponential cultural growth. I interacted with New York Jewish students, Midwestern white students, and students from other countries with diverse graduate majors. After two enjoyable years, graduate students had to relocate because the enrollment of undergraduate women students had increased. Thus began a painful lesson in discrimination. I could not find a place to live in town until a Presbyterian minister and his family rented me a room at their house for the summer. This gave me time to team-up with a clinical psychology major from my residence hall days, and we decided to share an apartment. We diligently went to advertised "Apartment for Rent" and "Vacancy" locations to no avail. The apartment would have "just been rented". Finally, we decided that Mae would go alone to answer the ads. It worked, and we got a nice apartment where I lived until I completed my Ph.D.

Was the education you received at Purdue worth it despite these challenges?

The education I received at Purdue was well-worth the subtle and not-so-subtle indignities that I suffered. I am proud to be a graduate of Purdue. Purdue prepared me for the rigor of teaching and research at a medical school. Thanks to Dr. Tom Miya, all pharmacology grad students were proficient in techniques and had in-depth studies of past and current scientific literature.

I know and am very pleased that things have changed dramatically since my matriculation at Purdue and West Lafayette. I have a niece and a nephew who graduated from Purdue in engineering in the seventies, and they find it hard to believe some of my experiences. I can truthfully say that I consider myself blessed to have degrees from Purdue University.