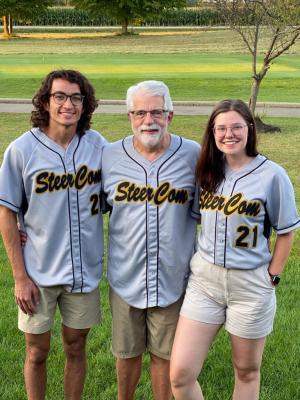 Dr. Steven Scott is currently in his 38th year on faculty at the Purdue College of Pharmacy. The College holds a 3 ½ day orientation program for 1st year PharmD students. This program was created by Dr. Scott in 2009. The initial orientation program was only a half day. After Scott attended the program, he identified a need for a more expansive program to stress the difference between the journey to obtaining an undergraduate degree versus a professional degree. With this new endowment, the orientation program will continue to take place annually and be a defining piece of future Purdue PharmD students.

Purdue College of Pharmacy 2013 graduate, Carmine Colavecchia, shares why this endowment is so special. “The Purdue Pharmacy Orientations Endowment honors the legacy of the orientation program and Steve Scott’s mentorship and dedication to new pharmacy students. Under Dr. Scott’s guidance, Orientation Steering Committee members and volunteer student leaders continuously improve and adapt the program to create an environment of camaraderie and support for incoming students. A tipping point in my career came from my involvement in the Orientation Steering Committee. By supporting the sustainability of the Purdue Pharmacy orientation program, I hope it will facilitate many other tipping points in pharmacy students’ careers and lead to lifelong friendships.”

There are 2 options to give to the Pharmacy Orientation program:

Ed Battjes, a 2010 Purdue College of Pharmacy graduate describes the impact and importance of orientation. "Once you are enrolled in Pharmacy school, you become part of an extended family of thousands of pharmacists practicing worldwide. The orientation program is vital in forming life-long relationships, bolstering the Purdue Spirit, developing leadership, and expanding on the excellence that is Purdue Pharmacy. Orientation is integral to ensuring success for future generations of leaders."

Boilermakers everywhere are so thankful for Dr. Steven Scott and his continuing impact. Through this endowment, his hard work, spirit and legacy will be honored.