Three College of Pharmacy development team members have taken on either expanded or new roles within the Purdue for Life Foundation (PFLF). Two of the staff members will be leaving 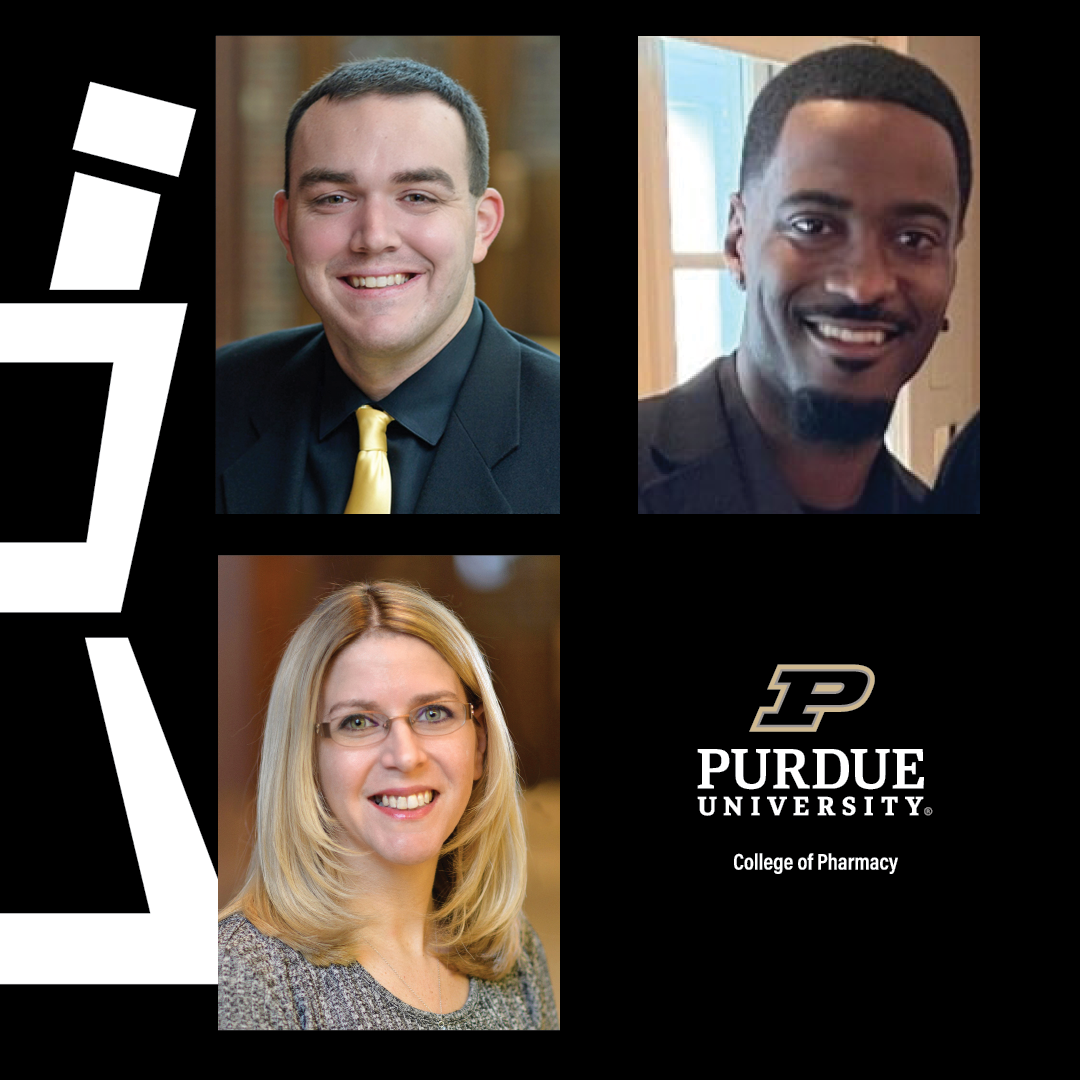 In addition to his duties as Chief Development Officer in Pharmacy, Dan Bolsen has been appointed as an Executive Director of Development for PFLF, helping to launch a new campus-wide fundraising program.

Katie Skeel will transition out of Pharmacy and move into her new PFLF role as Senior Managing Director of Donor Relations. She will manage multiple donor relations professionals across campus.

Similarly, Rapheal Davis will transition out of Pharmacy and move into a newly created role as an Associate Director of Development for PFLF, assisting leadership with a variety of priority fundraising projects across the University.

Bolsen recently entered into his seventh year with the College. He has helped facilitate over 165 major gifts to benefit students, faculty, and staff at the College and the University, while also working on many PFLF committees and capital projects across campus. Bolsen will continue to lead all development efforts for the College in his expanded role; recently, his campus office and the Pharmacy development team headquarters moved to the Dauch Alumni Center.

Skeel is in her eighth year with the College. She has been a mainstay on the internal operations end of the development office. She has played an integral role in planning personalized campus visits for donors, while also overseeing the endowment reporting process for the College. Skeel’s office will be located in the Dauch Alumni Center.

Davis joined the College of Pharmacy at the end of the 2021 calendar year. He closed three major gifts in his first six months with the College, enhancing student scholarships. His new role in the Dauch Alumni Center will allow his abilities to be maximized across campus, while providing flexibility for his Big Ten Network commitments in the winter months with men’s basketball.

“As I have stated many times publicly over my past five years as Dean, I believe we have best pharmacy development team in the country. My congratulations to Dan, Katie, and Rapheal on their new opportunities with Purdue for Life. We will miss having Katie and Rapheal as a part of the Pharmacy Family on a daily basis. I look forward to continued success in the College under Dan’s leadership and seeing all three of them make impacts across the University, in our persistent pursuit of the next giant leap,” said College of Pharmacy Dean Eric Barker.