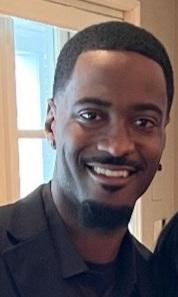 WEST LAFAYETTE – Rapheal Davis has been hired by the Purdue for Life Foundation to be a Director of Development in Purdue University’s College of Pharmacy.

Davis will be joining Chief Development Officer Dan Bolsen and Director of Development Erica Stickler, on the fundraising front of the advancement office for the College. Davis fulfills the vacancy left by Jessie Harrison’s recent departure.

“We are thrilled to have Rapheal return to Purdue. It is always great to have a Boilermaker on our team, and I am excited to see his impact on the College,” said College of Pharmacy Dean Eric Barker.

Davis, a member of the Class of 2016, graduated from the Purdue College of Health and Human Sciences. He majored in Selling and Sales Management, while completing a double-minor in Organizational Leadership and Communications. He was the 2015 Big Ten Men’s Basketball Defensive Player of the Year and a three-year team captain for Coach Painter and the Boilermakers.

Upon graduation, Davis moved to Alpharetta, Georgia, where he spent four years as a territory-leading pharmaceutical sales representative with Eli Lilly. He was the 2018 and 2019 Diabetes Business Unit Sales Meeting MVP.

“What most people do not know is I wanted to be a pharmacist. My first day on campus, I had meetings in Pharmacy, but ultimately, it wasn’t the right academic fit for me. I stayed connected to the pharmaceutical world, thanks to my friend and mentor, John Nine, ending up in Georgia with Lilly. Coming back to Purdue and serving the College in this role is everything coming full-circle for me,” said Davis.

Currently, Davis works as a Men’s Basketball Analyst for the Big Ten Network and is the Founder of Crew Life, Inc., a non-profit he built from the ground-up to be an all-inclusive youth mentoring program. He will continue his involvement with these organizations.

“Throughout the entire search process, I was continually impressed with Rapheal. His ‘why’ for everything he does is powerful. He instantly meshed with our entire team. He has a coachable mindset and a competitive fire within himself that will serve him well in this role. This is a big addition to the Pharmacy Family,” said Bolsen.

Davis will start his employment on Monday, December 6.