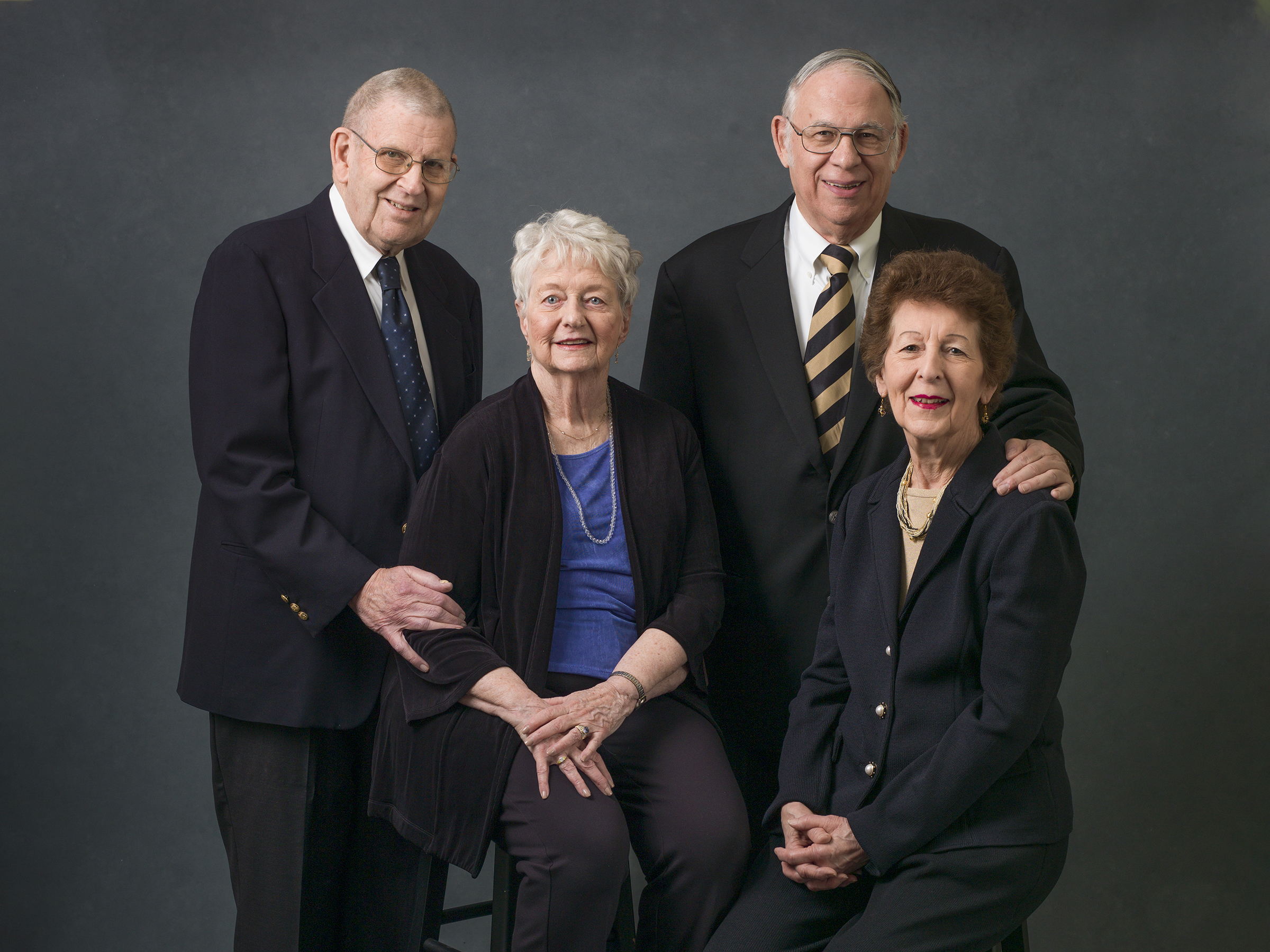 The Purdue Board of Trustees approved and announced the naming at their April meeting. The $64 million, 111,000-square-foot state-of-the-art facility, centrally located between Hovde and Elliott Halls and the Armory, will provide 33 multidisciplinary laboratory classrooms for up to 15,000 undergraduates per year and optimize hands-on learning across the university’s science, technology, engineering, and mathematics (STEM) disciplines.

More than 80 percent of the students taking classes in the new building will come from outside the College of Science, including students from the colleges of Health and Human Sciences, Agriculture, Engineering, and Pharmacy.

“This building is a crucial next step in our continued growth in national leadership in STEM education,” Purdue President Mitch Daniels said. “These ‘labs of the future’ give us the opportunity to serve all of Purdue’s students with the best possible hands-on STEM learning environment. It’s very fitting that the power of innovative partnerships, relationships and collaboration that will take place in our newest teaching lab facility is reflected in the names of the friends whose creative generosity came together to support Chaney-Hale Hall.”

Talk about good chemistry: The unique naming partnership stems from a decades-long friendship forged by alumnae Jeannie Darr (now Chaney) and Judy Springer (now Hale) met as pharmacy undergraduates and were members of Sigma Kappa sorority. Friends throughout their undergraduate years at Purdue, they were roommates their senior year, and Jeannie would later be part of Judy’s wedding to Dave Hale. Both women remember when they had labs in Purdue’s postwar Quonset huts as well as in the old pharmacy building.

The former classmates are proud that pharmacy has become a key component of a university world-renowned for its STEM leadership. The pharmacy program consistently ranks in the top ten in the nation.

In February, they had a chance to tour the near-completed STEM Teaching Lab building together.

“It’s a fantastic facility—well laid out, with a thoughtful design,” said Jeannie Chaney. “I would love to work in that building. I’m happy that the students are getting what they need and that the Purdue pharmacy program is getting what it needs to remain in the Top 10—to ensure the stature of the program.”

Judy Hale said she is delighted to name the building with her friend and roommate and was equally impressed with the work-in-progress.

“It’s a wonderful place for students to have up-to-date labs—to learn what they need to learn,” she said. “We’re going to be turning out some wonderful people in STEM.”

Both the Chaneys and the Hales share long histories of support for Purdue University and the College of Pharmacy in particular.

Jeannie and Jim Chaney are the College of Pharmacy’s top private donors. Thanks to their lifetime giving to the university and the college, they received the President’s Council Crystal Boilermaker Special Train, the highest honor presented to alumni and friends for private giving. Jeannie is a past chair of the Purdue President’s Council and a founding member of the new Women for Purdue philanthropic organization. Jim Chaney, a Dennison University graduate, is the owner of Cleveland Syrup.

After college, Judy Hale worked as a pharmacist before she and Dave raised their family and was also involved in Scale-Tronix, a business Dave co-founded that had a significant portion of the hospital scales market in the country. The Hales’ first major gift to Purdue was in support of a student fellowship in the Center for Medication Safety Advancement, a program affiliated with the College of Pharmacy. The Hales also provide philanthropic support for the Purdue School of Electrical and Computer Engineering.

After attending a President’s Council Back to Class session in 2018, the Hales learned more about Purdue’s growing reputation in the science, technology, engineering, and mathematics disciplines.

With the new STEM teaching facility under construction, they committed a gift to name two of more than 30 planned labs. The labs named in their honor will face the doors to the backstage of Elliott Hall, where the couple met as students while working on a production of the play “Teahouse of the August Moon.”

Currently, Purdue is among the top three universities in the U.S. for the number of STEM graduates produced annually.

Approved by the trustees in December 2017, the Chaney-Hale Hall of Science began construction in September 2018 and will be completed in August 2020. A dedication ceremony is planned for October 10, 2020.