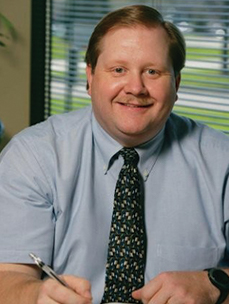 “This award makes me proud and honored to be a graduate of such a distinguished university, as well as being an educator of others to enhance the practice of pharmacy each and every day.”

Brian Musial is a 1981 graduate of Culver Community High School, and a 1986 graduate of the Purdue College of Pharmacy, earning a Bachelor of Science degree.

Mr. Musial has been a licensed pharmacist, and a member of the Indiana Pharmacists Alliance since graduation. He has worked in retail pharmacy with Osco Drug for six years and in chain pharmacy management with American Drug and American Stores for four years. He has worked in the Pharmacy Benefits Management arena with RxAmerica for four years, then Albertsons as part of a merger for five years.

Mr. Musial spent 13 years working for an Indiana HMO organization, ADVANTAGE Health, and was an interim Director of Pharmacy for the Indiana Family & Social Services Administration during the implementation of the state’s Healthy Indiana Program (HIP 2.0). He currently works for MDwise in Indianapolis as the Director of Health Services Analytics.

Brian is an honorably discharged member of the US Army, having served in the Indiana Army National Guard from 1981 to 1987.

Brian has been married to his wife Jorja for 35 years. They have three grown sons, Rian, Justin and Austin and a granddaughter.