The Pharmacy Women's Leadership Award is presented annually by the Pharmacy Women for Purdue (PWFP) to recognize an alumna of the College of Pharmacy who has made significant contributions to and demonstrated exemplary involvement with the College. She must demonstrate significant and sustained volunteer leadership through service to the professional community. The recipient must also demonstrate engagement in the mentorship of colleagues and students. Nominations for this award come from the PWFP Steering Committee and the College’s faculty and staff. More information about PWFP can be found here. 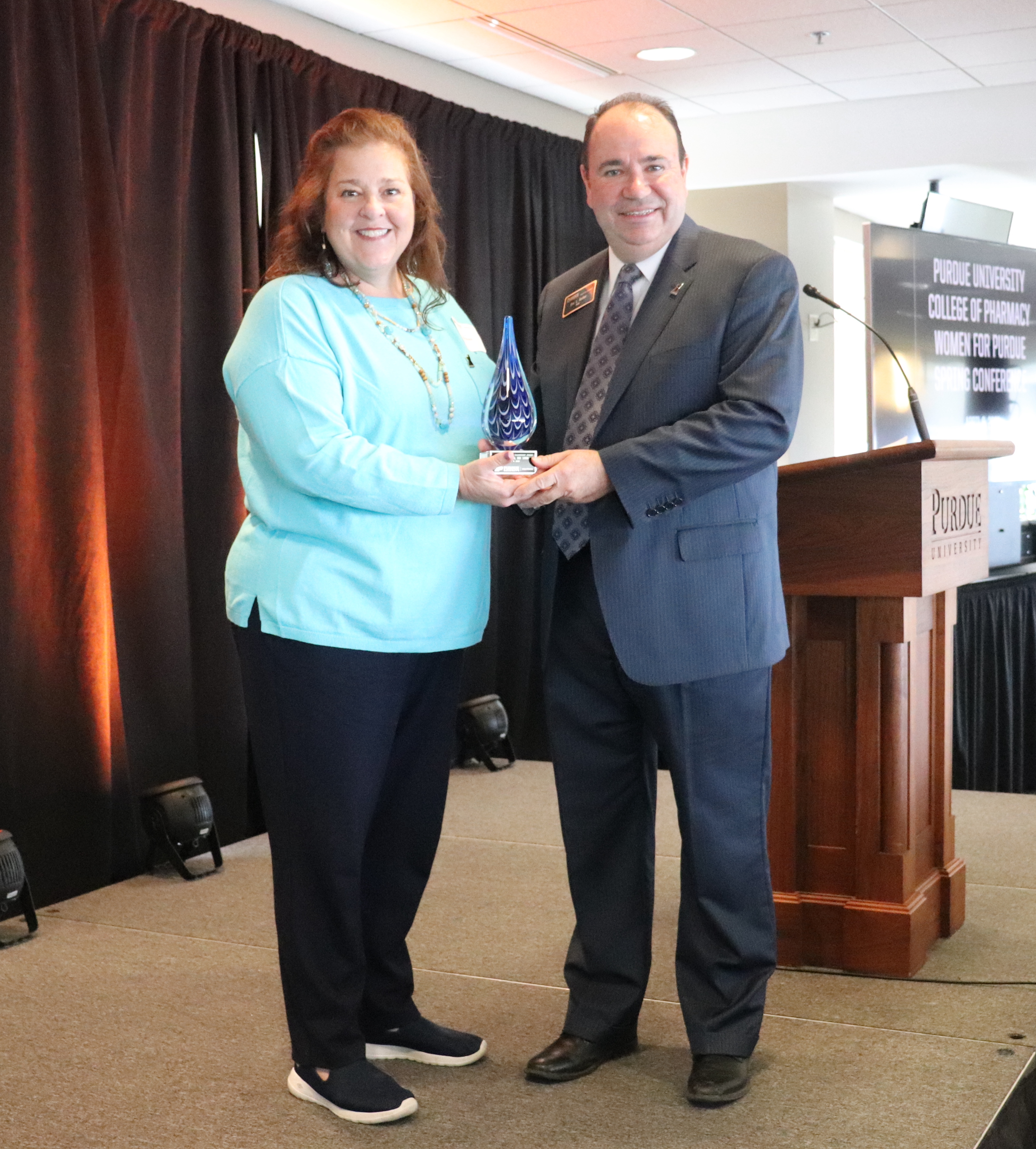 Lisa (Leonard) Koss is a career nuclear pharmacist with over 32 years in the profession. She obtained her Board Certification in Nuclear Pharmacy in 1996 and has over 27 years in pharmacy management. She holds pharmacist licenses in 9 states which include Indiana, Florida, Ohio, Michigan, Pennsylvania, Maryland, South Caroline, Georgia and Nevada. Lisa is currently Manager – Relief Pharmacists with Jubilant Radiopharma. She oversees all aspects of relief & consultant pharmacists for entire network; personally providing relief coverage as needed which keeps her active in the field. Lisa leads the STAT Team which involves development and presentation of continuing education offerings, BLOG posts, & customer facing content. She is active in student relations with colleges of pharmacy and is working on revising the Jubilant Intern Manual and the development of their Internship Program. She is operational lead for the Production Optimization Project and is Jubilant’s BioRx liaison. She has held many roles throughout her career with include Staff Pharmacist, Manager, Radiation Safety Officer, Quality & Safety Representative, Six Sigma Team Member, and Consultant. In her personal time, Lisa has been active in and held multiple leadership roles within Girl Scouts, PTA, TWIGs of Nationwide Children’s Hospital, Alpha Delta Pi and Columbus Panhellenic. She was previously on the Deans Advisory Council for Purdue University College of Pharmacy and is a Founding Steering Committee Member – Women for Purdue, Pharmacy.