The Glen J. Sperandio Award for Advancement of Pharmacy Practice was established in 1983 by the College of Pharmacy at Purdue University on the occasion of Dr. Sperandio's retirement from 38 years of devoted service to pharmacy education and the profession. The initial presentation was made to Dr. Sperandio on March 16, 1984, at the School's Centennial Symposium. Each year an inscribed plaque is presented to the recipient, and the recipient's name is placed on a permanent plaque in the Pharmacy Building.

The award recognizes a licensed pharmacist with a minimum of 10 years of service to the profession who is an alumna/alumnus of Purdue University College of Pharmacy. Other characteristics of the award recipient include provides leadership in local, state and/or national professional or fraternal pharmacy organizations; assists pharmacy students and/or practicing pharmacists in advancing their careers; demonstrates innovations in the practice of pharmacy; participates in professional volunteer service activities within the community; and promotes pharmacy as a profession. 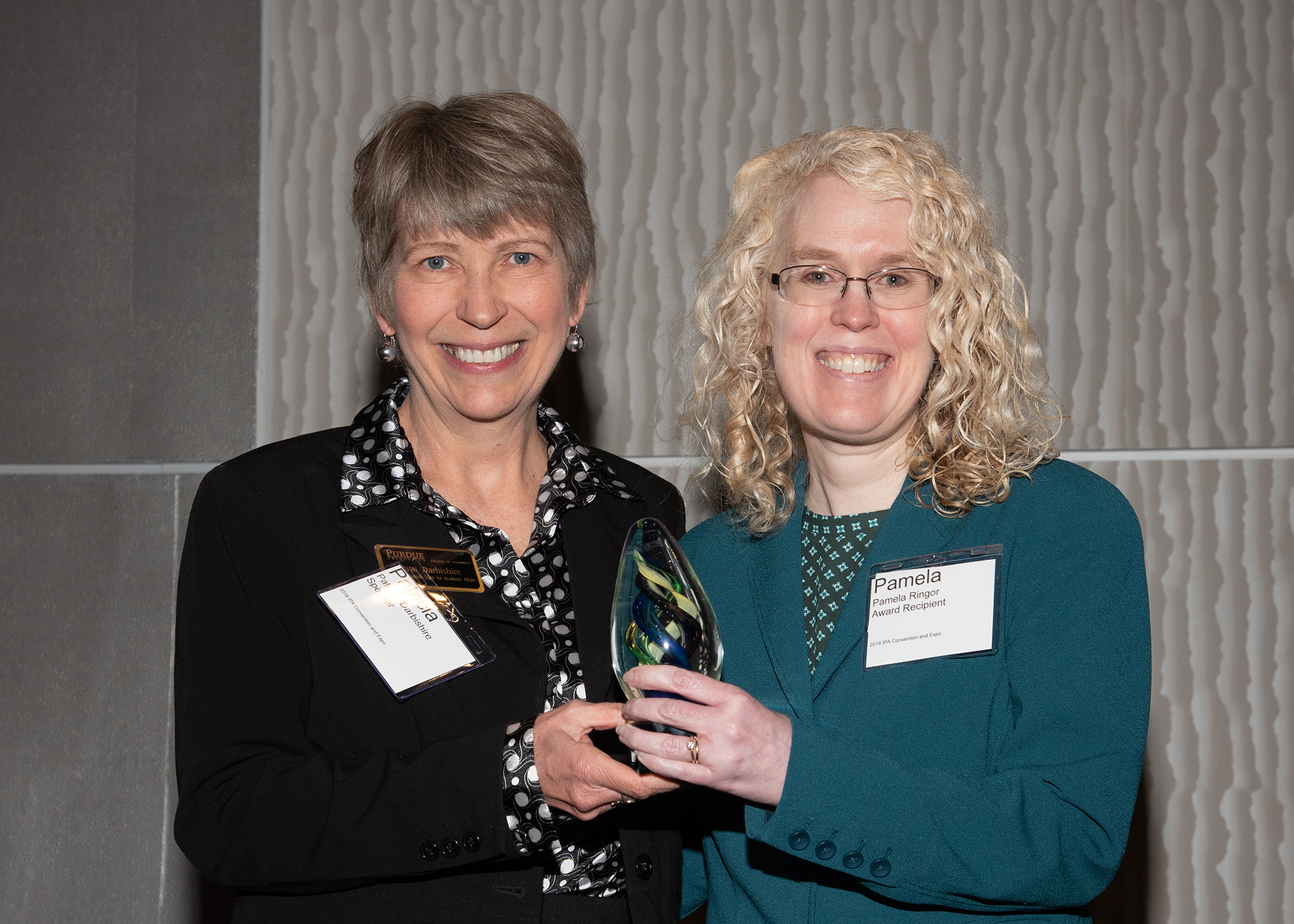 Dr. Sperandio was a member and former Executive Director of the Indiana Society of Hospital Pharmacists and a member and former Grand Regent of Kappa Psi. He was listed in Who's Who in America, Who's Who in the World, Who's Who in Medicine and Health Care, Leaders in American Education, and American Men and Women in Science. He was a member of the West Lafayette Parks and Recreation Foundation Board of Directors, the Covenant Presbyterian Church, and the Lafayette High 12 Club. Further membership included the Blue Ribbon Committee of the National Association of Boards of Pharmacy and the Eli Lilly All American Hospital Pharmacy Panel and Editor of Hospital Pharmacy Notes, Secretary Treasurer of the American Pharmaceutical Association, former Vice President of the Parenteral Drug Association, the International Federation of Pharmacists, American Society of Hospital Pharmacists, American Association of Colleges of Pharmacy, Society of Cosmetic Chemists, and an Honorary Life Membership in Indiana Pharmacists Association (1997). Dr. Sperandio was named Distinguished Alumnus of St. Louis College of Pharmacy, an honorary member of the Indiana Society of Hospital Pharmacy, and received the Distinguished Educator Award and Kappa Psi Pharmaceutical fraternity Outstanding Service Award. He established the first Department of Clinical Pharmacy in the United States and was the first officially named Professor of Clinical Pharmacy in the academic world. He wrote more than 250 publications and served as consultant on clinical pharmacy to the Surgeon General of the United Stated from 1973 to 1980.