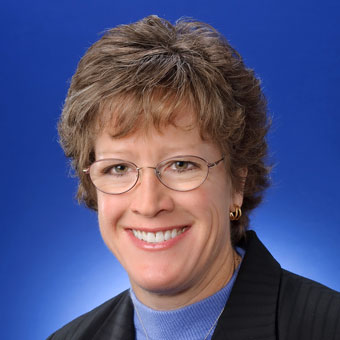 Why is it important / what motivates you to give back to the College of Pharmacy?

As an incoming student, I applied for financial aid and was not eligible, despite our family farm having operated at a loss the previous year. I worked two jobs during most summers and had a job almost every semester while at Purdue. I want to help make it a little easier for some students to pay for their education and have more time to enjoy it.

I believe in Purdue and am thankful for the opportunities afforded to me during my time as a student and beyond. Every time I meet a current Pharmacy student, I am extremely impressed with the high caliber attracted to our school, and I think Dean Svensson’s leadership is top notch. Purdue and the College of Pharmacy are highly regarded and I’d like to help continue the tradition. I also believe Purdue plays an important role in resolving scientific and humanitarian difficulties which improve the quality of life and future for many people throughout the world.

You have made a planned gift.   Why did you decide to use this specific vehicle (will, annuity, CRT, etc.) to make a gift?

I have named the Purdue College of Pharmacy as a beneficiary of a portion of my IRAs to fund scholarships and support the Industrial Pharmacy program. By utilizing IRAs as charitable gifts, there is no tax on the principle or accrued earnings within the IRA, thus maximizing the gift.

What was your experience at Purdue as a student? Any particularly fond/humorous memories of your days at Purdue?

I attended another university as a freshman and the professors were on strike the first three weeks. This was followed by a period of food fights which led to cafeteria services being limited to brown bags handed out at the door. Most students lived close by and went home every weekend and student support of school athletic teams was minimal.

I transferred to Purdue as a sophomore when demand for housing exceeded availability. I lived in a hotel for a semester and then in a dorm in which ten students resided in four rooms, normally designed for eight people. Despite this difficult beginning, I grew to love Purdue and found most of the other students and faculty members to be really friendly. I enjoyed watching Big Ten athletics (attending all football and basketball games), yet I also enjoyed being part of a smaller, special community—the [then] School of Pharmacy.

High school had seemed fairly easy, so my study habits needed improvement while at Purdue. In our weekly phone calls I would often tell my mother I was failing! I worked hard and was invariably doing better than I thought by the end of each semester. I knew that I wanted to pursue a career in industry and took many business-related courses and some graduate level courses related to industrial pharmacy. I am very grateful to Dr. Garnet Peck for allowing me the opportunity to work in one of his research laboratories, as this proved to be extremely valuable. I received a National Pharmaceutical Council internship for the summer following my fourth year and worked in various areas of the former Burroughs Wellcome Company. I now work for Eli Lilly and Company and find my pharmacy education enables me to better appreciate patient needs, including the non-clinical aspects.

How do you hope your planned gift will impact the College of Pharmacy and its students in the future?

I want the Purdue College of Pharmacy to maintain its high standard of excellence. While inspiring others to give was not a factor in my decision, that would be a nice unplanned outcome.